From its scientific name Rhodiola Rosea, Rhodiola or rhodiola is a perennial plant of the Crassulaceae family. Its name, taken from the Greek “rhodios” which means rose, comes from the pleasant smell which emanates from its roots and which recalls that of the rose. It is also in this part of the plant that its active ingredients are concentrated and which make it a plant with incredible medicinal properties.

Thanks to its balancing, antioxidant and adaptogenic properties, Rhodiola Rosea has many toning, fortifying and energizing benefits. It promotes resistance to stress and fatigue, improves brain capacity and acts on concentration. It is often associated with Saffron to obtain a synergistic effect on mood.

Let’s discover together the many properties of Rhodiola Rosea and our opinion on its benefits. 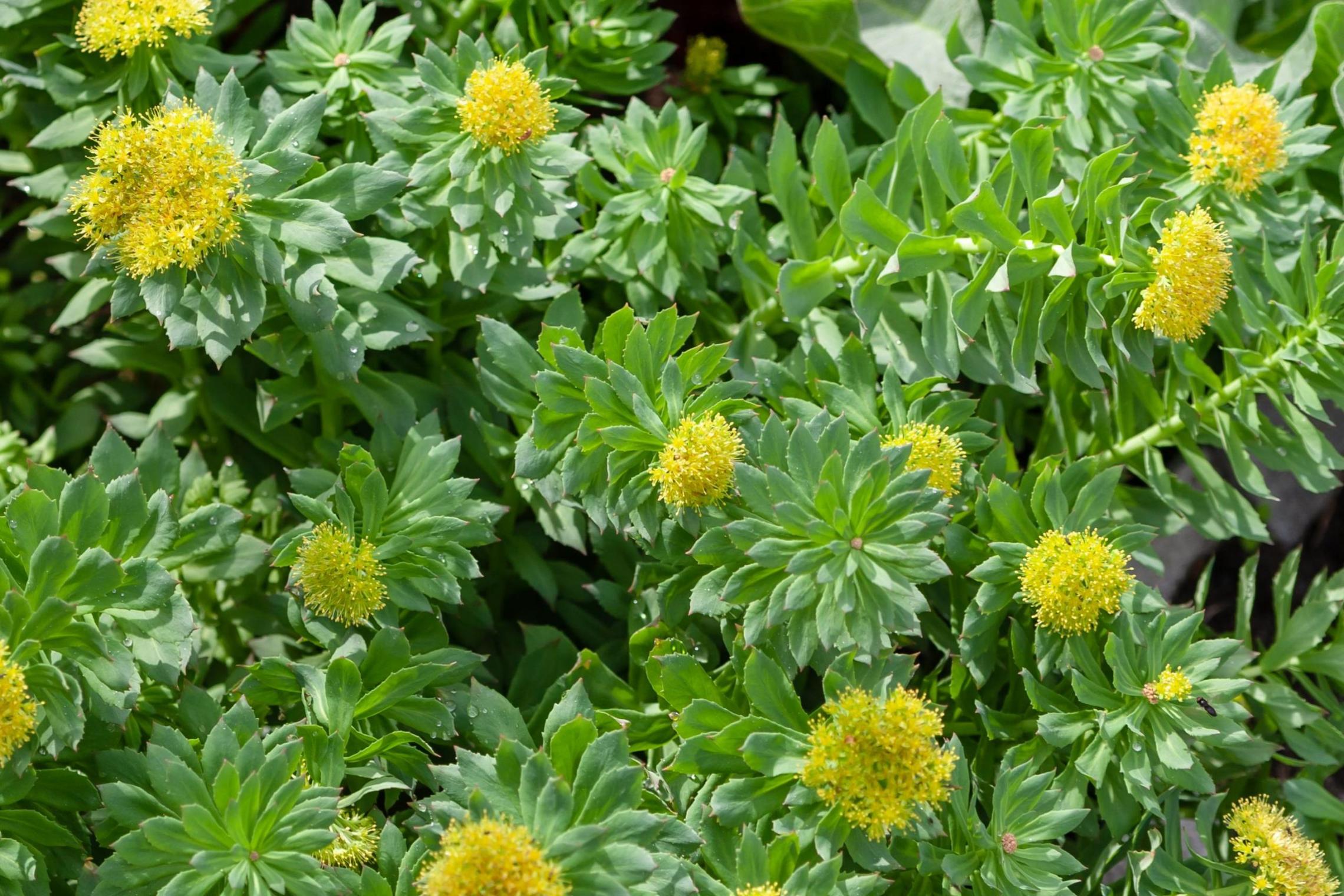 What effects does rhodiola produce on the body?

Like fenugreek or ashwagandh a, rhodiola rosea is a very popular medicinal plant. With more than 300 studies carried out on it to date, it is recognized for its many properties. Its root contains many active ingredients, including rosavin and salidroside . Thanks to this exceptional composition, rhodiola is therefore a plant with multiple miraculous virtues.

The main effects of rhodiola on the body are:

The Origins of this adaptogenic plant

Known since Antiquity, Rhodiola is a medicinal plant that has been used for its adaptogenic properties for centuries around the world. The botanical term adaptogen refers to plants with normalizing effects on physiology and which contain active ingredients that can induce in the body a state of resistance to stress , and therefore to physical aggressors , psychosomatic, chemical or biological.

Various plants are classified as adaptogens, including ginseng and Rhodiola, also called tundra ginseng. We can also cite ashwagandha, fenugreek, saffron but also nettle which is easily found in France in the wild.

Historical use of Rhodiola in Siberia and Scandinavia

The use of Rhodiola as a medicinal plant dates back more than 3000 years. It was first mentioned in the year 77 BC by the Greek physician Dioscorides, in his herbarium entitled “De Materia Medica”.

It was the Vikings, the Inuit and the people of Siberia who were the first users of Rhodiola Rosea. Nicknamed “the Golden Root”, it was considered by the Vikings, famous Scandinavian warriors, as a natural treasure offered by the gods. They owed to this plant their legendary physical strength and strong endurance in the face of extreme weather conditions and their enemies. The warriors drank in the days of infusion of the rhizomes of the plant to gain strength and vigor .

Historical sources also report that the Chinese emperors sent men to Siberia to search for the root of rhodiola rosea.

The first scientific studies on rhodiola rosea were carried out by the Russians and Scandinavians in the 1960s. In fact, growing mainly in the cold northern regions of the planet, this plant was mainly exploited by the peoples of these countries. Soviet soldiers who had to fight in extreme conditions saw their resistance and endurance increase significantly thanks to this plant . Russian and Ukrainian athletes also used it to boost their physical performance. This is why the Russians were the first to qualify it as an adaptogen for its revitalizing and adaptive properties in the face of environmental and climate change.

Legend also says that the indigenous people of Siberia who drank rhodiola infusion could live up to over a hundred years. Even today, newlyweds in Siberia receive roots of rhodiola rosea to give birth to healthy children. Doctors in Mongolia prescribed “golden root” to treat cancer, tuberculosis and influenza .

Habitat and culture of Rhodiola

Rhodiola Rosea is also known by other vernacular names, such as golden root , pink stonecrop or tundra ginseng . It is a small, 50-70cm tall plant that grows mostly in tundra near riverbanks and streams, in mountainous areas near rocky cliffs, and near vegetation such as mosses and grasses. This perennial plant likes sandy organic soils. Thus, it is found among others in Asia (from Russia to Japan), in Europe (the Alps, the Nordic countries, the Pyrenees, the mountainous areas of the Balkans), Greenland, Iceland and North America (Alaska, Canada, United States).

In France, rhodiola can grow naturally or be cultivated in the Alpine and Pyrenean massifs.

The benefits and virtues of rhodiola

Rhodiola is a plant antioxidant for the protection of cells

Particularly rich in antioxidants , rhodiola is a precious ally for protecting cells from free radicals and toxins and helps prevent premature aging . Like curcumin, this antioxidant can be of great support to the body when the immune system is weak.

As a powerful Nordic plant, rhodiola rosea has long been used by people living in the northern mountains to combat the lack of oxygen in these areas. It acts on the functions of the circulatory system in particular on the supply of oxygen in the blood.

The effects of Rhodiola during physical effort

Golden root is often touted as a powerful tonic and invigorator. The physical performances gained by the Olympic athletes of the 60s who consumed it showed that it contributes to increase the resistance of the muscles by combating the oxidative stress caused by the physical exertion. This plant also promotes the release of energy by increasing the level of glycogen in the muscle. It is therefore of real interest for athletes or those who must provide intense physical effort, during or after their business. It allows you to do vigorous exercises with a minimum of effort.

Studies have shown that the action of rhodiola occurs as early as 30 minutes after ingestion and lasts at least 4 hours.

In addition, a study carried out in 2004 showed that rhodiola rosea promotes muscle recovery by increasing the synthesis of ATP and the number of red blood cells in the body. It therefore shortens the recovery time between workouts.

Thanks to its toning properties, rhodiola rosea is known to be effective in improving endurance during sports performances. 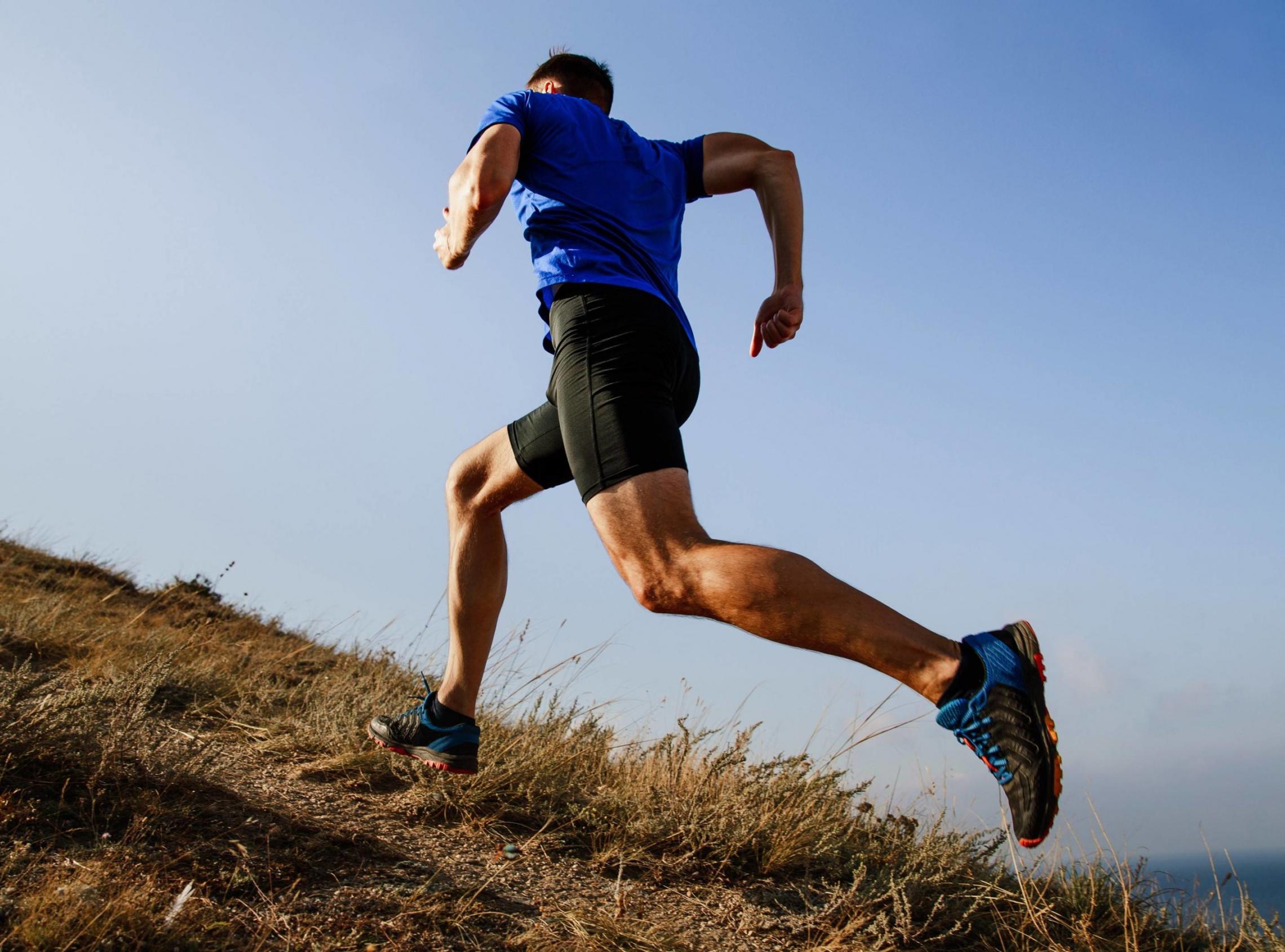 Rhodiola rosea is one of the few plants in the world to be qualified as an adaptogen. It increases the body’s ability to adapt and resist different forms of stress, physical or mental, thanks to its active components. This adaptogenic virtue has been demonstrated by numerous scientific studies. In 2000, Armenian researchers carried out a placebo-controlled study of 56 doctors who had to work long hours at night. The fact of consuming 170 mg per day of rhodiola allowed them to maintain increased cognitive performance despite fatigue and stress.

This same year, Russian scientists also carried out a study on 61 students in period of final exams. For 20 days, a group of students was given 100 mg rhodiola extract per day. For the group as a whole, there was a considerable improvement in well-being as well as a decrease in fatigue. They even had better grades than the placebo group.

Rhodiola rosea is known for its fortifying and toning qualities. It has been used for centuries to increase endurance and physical performance. But, it is also effective in bringing psychic and emotional well-being. Rhodiola rosea thus increases cognitive capacities, including memory, concentration and attention . It contributes to optimal intellectual and cognitive activity. 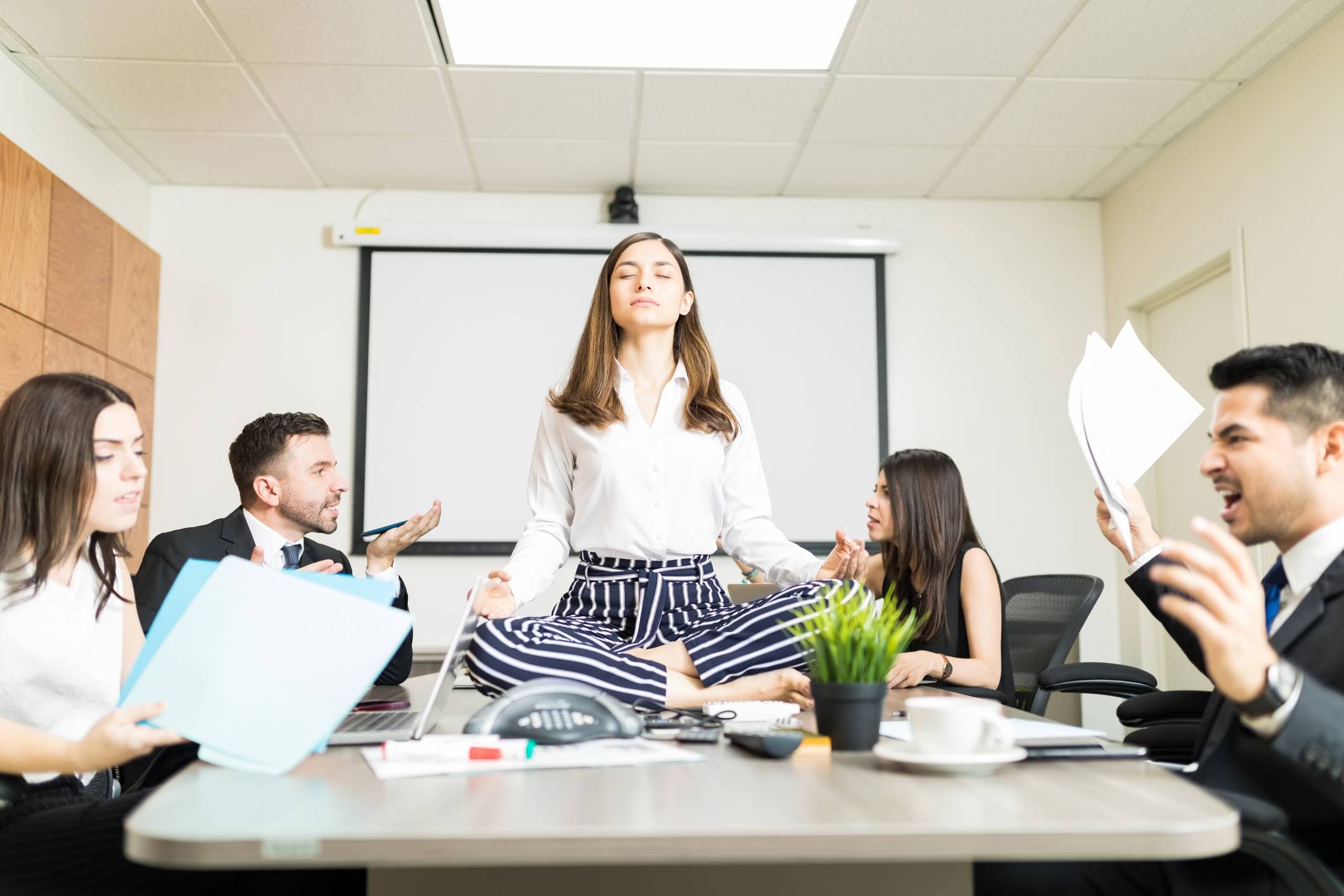 In herbal medicine, it is common to use a medicinal plant or nutrient in combination with another plant to optimize the benefits. Rhodiola is a fatty medicinal plant that can be associated with different plants, including saffron.

Widely used in Mediterranean cuisine, saffron is a spice often used as a coloring. Its composition rich in antioxidants and active ingredients also makes it a southern plant with multiple virtues. It is renowned for bringing joy and wisdom. Its active components increase the action of serotonin in the body. This is why it is a very effective plant for treating blues and depression.

The rhodiola / saffron combination contributes to emotional balance . Both actually have the particularity of being adaptogens. The association between these two plants is very interesting for people who suffer from fatigue, anxiety and depression. While saffron brings the serenity that they may lack, rhodiola is appreciated for its effectiveness in fighting stress and its invigorating properties.

The two plants are therefore complementary and allow to obtain results as fast as they are effective in terms of adaptation to emotional stress and strengthening of the nervous system. Studies show that rhodiola supplementation is beneficial for mood and helps fight latent or transient depression and any form of anxiety. The plant has a huge influence on the production of certain well-being hormones, such as serotonin and dopamine. It helps to stay in a positive mood even under physical or mental stress. 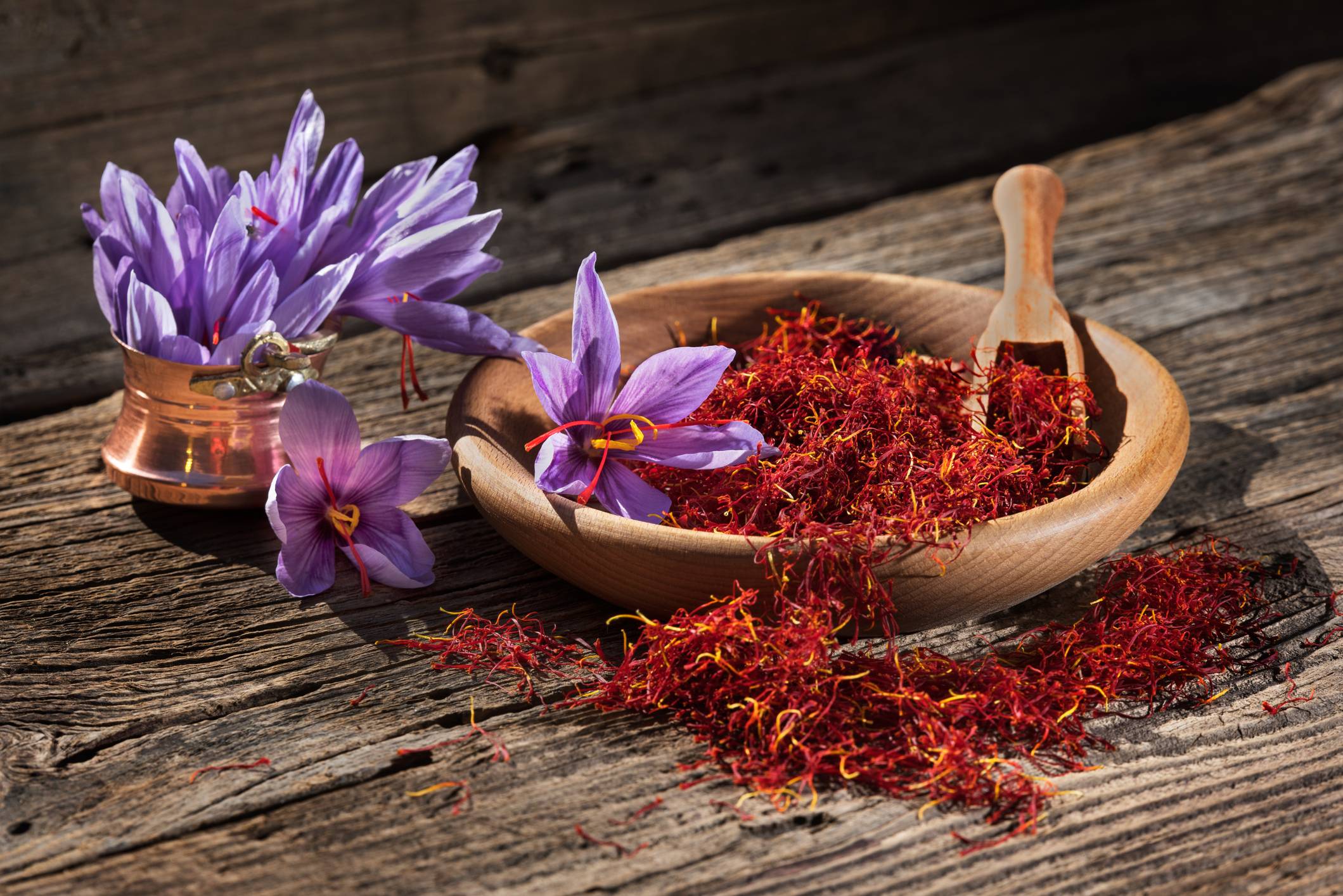 Our opinion on Rhodiola

An adaptogenic, fortifying, balancing and energizing plant, rhodiola is a real natural treasure. It is the plant of health par excellence. It acts on the organism and not on the disease, which allows the body to be alert and to adapt at the right time. Like a coach, this natural solution allows the body to meet its various needs: lack of energy, stress, illness, nervous tension …

Rhodiola rosea is also particularly effective in improving physical performance and overall form. In the West, its benefits are already recognized by many people, including professional and amateur athletes who want to boost their endurance and obtain better results with less effort.

To benefit from all these benefits of rhodiola rosea, it is necessary to find quality products. At Nutripure, we provide you with 100% natural food supplements , made from pure raw materials, without any excipient. We offer the association Rhodiola Rosea + Organic Saffron. The box contains 60 capsules of 600 mg of rhodiola with 3% rosavin and 15 mg of organic saffron with 2% safranal. This product is a valuable ally in reducing mental stress, improving emotional stability and promoting positive mood.

For best results, it is essential to know how to use rhodiola rosea and to pair it with saffron. 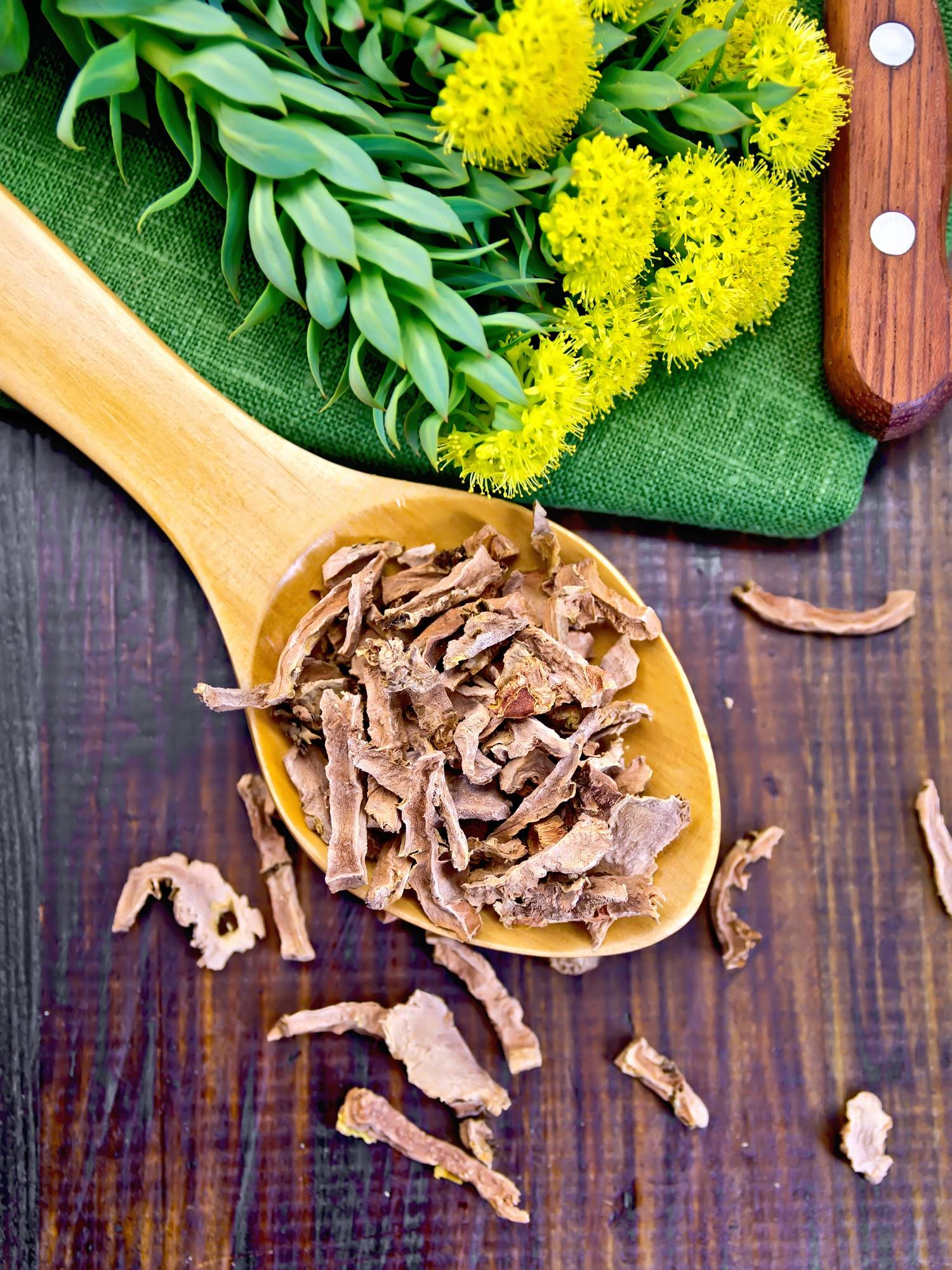 Take Rhodiola as a food supplement

The golden root is a plant widely used today in herbal medicine. Considered the ginseng of the 21st century, it is especially appreciated for its adaptogenic quality. To benefit from its many benefits, you can take it as an infusion or as a food supplement . In this second case, it comes in the form of tablets, capsules or capsules.

Each rhodiola capsule contains powder or an extract of rhodiola rosea root titrated to a given percentage of rosavin and salidroside. The difference between the two presentations lies in the fact that the standardized extract guarantees a certain content of active ingredients. The powder, for its part, restores all the properties of the plant.

The food supplement Rhodiola Rosea + Organic Saffron from Nutripure contains extract of rhodiola root standardized to 3% rosavin, extract of saffron flower titrated to 2% saffron and rice husk. The whole is protected by a vegetable capsule in pullulan, ie based on fermented tapioca.

Be careful, however, like any food supplement, this product must be used in combination with a healthy lifestyle and cannot replace a balanced diet.

In Russian tradition, it is recommended to take the plant for 3 weeks, then stop 1 to 2 weeks before resuming the cycle.

The dose of rhodiola rosea you should take depends on a number of factors including your health, weight, age and the type of treatment you want.

When to take Rhodiola: morning or evening?

It is recommended to take rhodiola rosea in the morning or at noon, ideally 10 minutes before eating. It should be avoided in the afternoon or in the evening, as this intake could cause sleep problems and toning effects in the evening.

Danger and Precautions for Rhodiola

To be able to fully benefit from the medicinal properties of rhodiola rosea, it is important to use it with caution. Like all medicinal plants, it is not without danger. Some precautions must then be taken into account before its use.