The primary purpose of food is to provide the body with all the nutrients it needs for proper functioning. Unfortunately , for almost half a century, the quality of our food has deteriorated .

Some health professionals even talk about a decline in the nutritional value of our food. Indeed, following an overly intensive agriculture favoring visual characteristics and yield, pollution, overconsumption of industrialized products to the detriment of fresh products but also a more stressful and tiring lifestyle, our needs for essential nutrients are not always fulfilled. When nutritional deficits and imbalances set in, the body can become more vulnerable with a higher risk of developing serious conditions. The deficiency or deficiency of vitamins B9, B12, C or D can indeed have serious consequences.

So why our food is nutritionally poorer today and how can micronutrition help meet our needs? 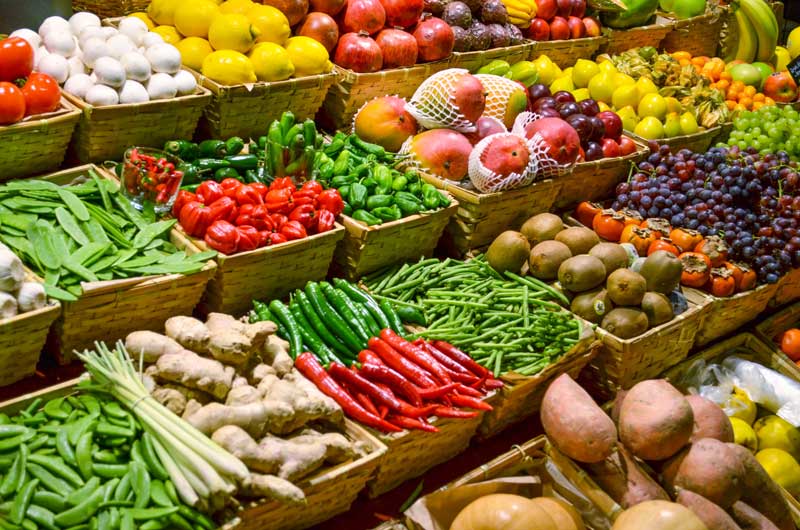 A loss of nutritional value of foods

A vitamin and mineral status deplored by studies

Comparative studies carried out over the past 50 years show that there is a loss of nutrients in the foods we eat today.

Take for example a study carried out in the United States by Donald Davis, researcher at the University of Texas, published in 2004 in the Journal of the American College of Nutrition. They studied The evolution of the nutritional values ​​of 43 vegetables and fruits was studied between 1950 and 1999. Significant reductions were found for certain nutrients: up to 20% for vitamin C, 15% for iron, 16% for calcium or 6% for proteins.

However, a quantification bias may exist for old nutritional data. On the one hand, the Ciqual tables only mentioned averages without the minima, maxima and degrees of confidence, and on the other hand the biochemical methods of nutrient analysis are more available and more reliable to date.

More recently, in 2007, Brian Halweil, professor at the Worldwatch Institute also revealed through a scientific synthesis a decrease in the content of vitamins, proteins, minerals and trace elements in our food.

In France, some scientists denounce this nutritional deficit, such as Philippe Desbrosses, Doctor of Environmental Sciences at Paris-VII University:

The main factors that explain this nutritional difference

a) Overexploitation of land

Land and water resources have been degraded and depleted in nutrients since the 1960s, as a result of intensive agriculture techniques. The establishment of this production system has resulted in soil impoverishment and pollution due to the excessive use of pesticides and chemical fertilizers. The priority is to select the most robust foods and obtain a high yield potential. What’s more, harvests are done before maturity is reached.

This shift in agriculture was nicknamed the “green revolution” in the 1960s. However, this model of agriculture changes the concentration of mineral salts in soils, which directly influences the nutritional composition of foods.

b) The decline in biodiversity

It is a fact that this technique has made it possible to increase agricultural yields, but at the expense of the genetic diversity of plant species . A large number of traditional varieties are no longer cultivated today, as Spanish geneticist José Esquinas Alcazar says. According to him, only 150 species are cultivated nowadays globally like wheat, corn, rice and potato. We would have lost three quarters of the biodiversity of agriculture during the 20th century. Fruits and vegetables on the shelves are more beautiful and resilient, but they have also lost in taste and nutritional value! Unfortunately, we are witnessing a standardization of plant products and a loss of genetic diversity.

As a result of this recent method of production, foods are becoming more and more denatured. Sometimes certain substances are added to the seeds for better yield. Conversely, foods are sometimes deprived of certain micronutrients in order to be more profitable, more resistant or to obtain a more attractive appearance.

Refining is also a common technique that denatures foods. It is widely used for sugar, cereals and oils in order to give a more beautiful visual aspect to foodstuffs or to simplify storage conditions.

Finally, certain methods of preparation, such as cooking at high temperature, peeling or frying, are not always suitable for maintaining the nutritional value of foods.

To achieve such agricultural yields, chemical fertilizers and pesticides have been overused, polluting the air, soil and water massively. This pollution directly interferes with the quality of the food and water we consume. In fact, foods from conventional agriculture are more loaded with heavy metals, pesticide residues, derived from antibiotics, nanoparticles or even endocrine disruptors.

Faced with this pollution, our body activates various defense mechanisms such as our immune system or our detoxification process via the liver to eliminate these toxins (free radicals,….). In this, micronutrients such as vitamins, minerals and trace elements play an essential role in supporting its various functions and ensuring the normal functioning of the body. It is therefore essential to provide your body with sufficient nutrients on a daily basis. 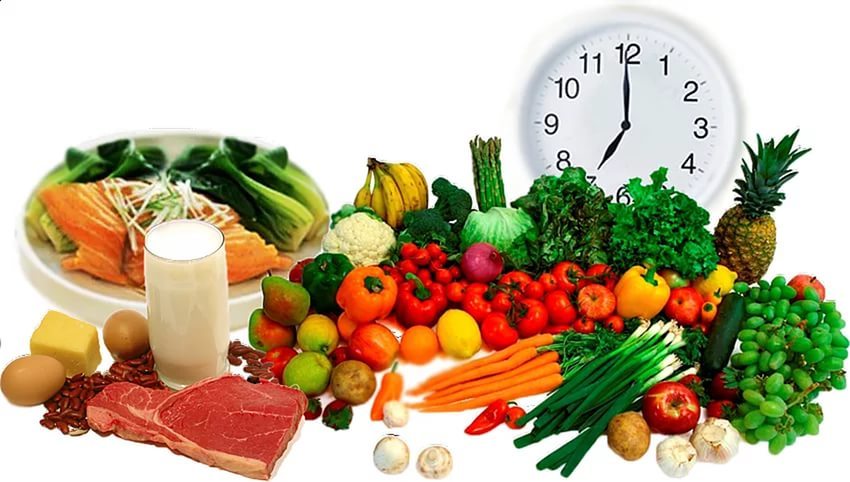 Is organic the solution?

Today, organic products are highly acclaimed by consumers, concerned about their health and the environment. Indeed, it is clearly established that food from organic farming contains less heavy metals and pesticide residues compared to conventional food . But what about the nutritional quality?

Different studies have compared the nutritional composition of foods of conventional and organic origin. Some differences appear:

According to some studies, the nutritional differences between organic and conventional are not significant but it would be necessary to deepen the analyzes according to the type of soil, the species, the varieties of crop.

Each nutrient has different properties that are all essential for the normal functioning of the body. For example, B vitamins promote good energy metabolism. Zinc, selenium, beta carotene and vitamins C and E are antioxidants that help fight against free radical attack. They protect us from oxidative stress caused by pollution, a bad diet, tobacco or alcohol. In addition, vitamin D and magnesium help support healthy muscle function and healthy bones.

The benefits of nutrients are numerous. Each has roles that are essential for our health and well-being. In the event of a deficiency, complications can set in and over the long term cause more serious illnesses such as cardiovascular disease, osteoporosis or even a decrease in insulin sensitivity leading to diabetes.

Magnesium deficiency is very common among the French population. According to the SU.VI.MAX study in 1987, 75% of men and 77% of women do not have the recommended nutritional intake. This mineral is involved in the functioning of the nervous system, energy metabolism , psychological and muscular functions but also protein synthesis.

A deficiency in vitamin D

80% of French people have a vitamin D deficiency, knowing that the sun is the main source. This vitamin is essential for fixing calcium in the bones. It therefore plays a fundamental role in the health of bones and teeth. But it is also involved in the immune system.

Therefore, vitamin D deficiency in infants and children can trigger a condition called rickets. It is characterized by insufficient calcification of the bones and cartilages.

In adulthood, a lack of vitamin D contributes to a loss of bone density and weakens the natural defenses.

A lack of omega 3

Omega 3s are essential fatty acids for the body to function properly. They contribute to the health of the heart, eyes and brain. However, our Western diet is poor in omega 3 and on the other hand rich in omega 6, which reinforces the imbalance of the omega 6 / omega 3 ratio. As proof, numerous epidemiological studies have shown that the populations of industrialized countries present omega 3 deficiencies. According to the INCA 2 study, 98.8% of French people have an insufficient intake of alpha-linolenic acid (ALA) while the body does not know how to manufacture it. However, this fatty acid is the precursor of two other omega 3, EPA and DHA. Indeed, the body is able to convert ALA to EPA and then to DHA, but the conversion rate remains low. According to an ANSES report, this rate varies between 8 and 20% for the conversion of ALA to EPA and between 0.05 and 4% for the conversion of ALA to DHA .

However, an omega 3 deficiency increases the risk of cardiovascular and neurovascular diseases as well as inflammatory pathologies.

The benefit of supplementation for the body

A varied and balanced diet is essential for the body. But today, with the soils impoverished by intensive agriculture, our nutrient intake is decreasing even when following the nutritional recommendations of the National Nutrition Health Program. Our nutritional needs are not always met and our body gets tired more quickly. Therefore, dietary supplements help meet our physiological nutrient needs.

In the event of fatigue or loss of energy, an additional supply of vitamins and minerals helps to regain shape on a daily basis and to supplement your diet. The quality of nutrients and their bioavailability are important criteria for buying the best vitamin and mineral dietary supplement. The presence of vitamins B, C, D, E, zinc, magnesium, Q10 and many plant co-factors makes it possible to supplement the deficient intakes of the modern diet .

1. Multivitamins to limit all risks of micro-deficits in vitamins and minerals. 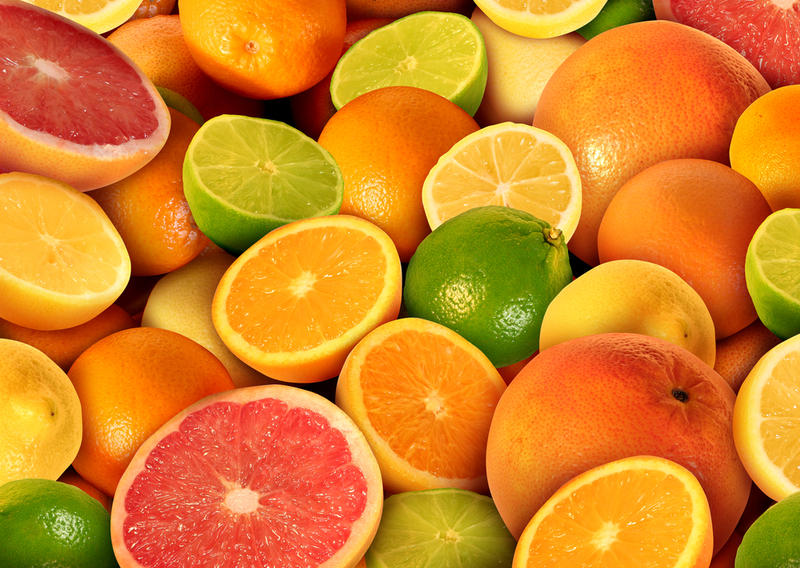 2. Magnesium to help the body in case of stress

75% of the French have a magnesium deficit. For example, in the event of a period of stress or overwork or even in athletes and the elderly, magnesium needs are greater. A cure magnesium in the form of capsules is then beneficial to avoid a deficiency. However, as this mineral is poorly absorbed by the body, supplementation can only be beneficial if the magnesium salt is bioavailable and in high concentration.

The same goes for omega 3! Indeed, foods rich in omega 3 are few. These are oily fish, nuts, rapeseed oil or even avocado, but this is still insufficient to provide the body with an adequate amount of ALA, EPA and DHA. Given the low conversion rate of ALA vegetable omega 3 into EPA and DHA, we recommend direct supplementation with Omega EPA and DHA available in capsules with quality fish oil and at the right EPA / DHA ration allow you to easily rebalance your omega 6 / omega 3 ratio. 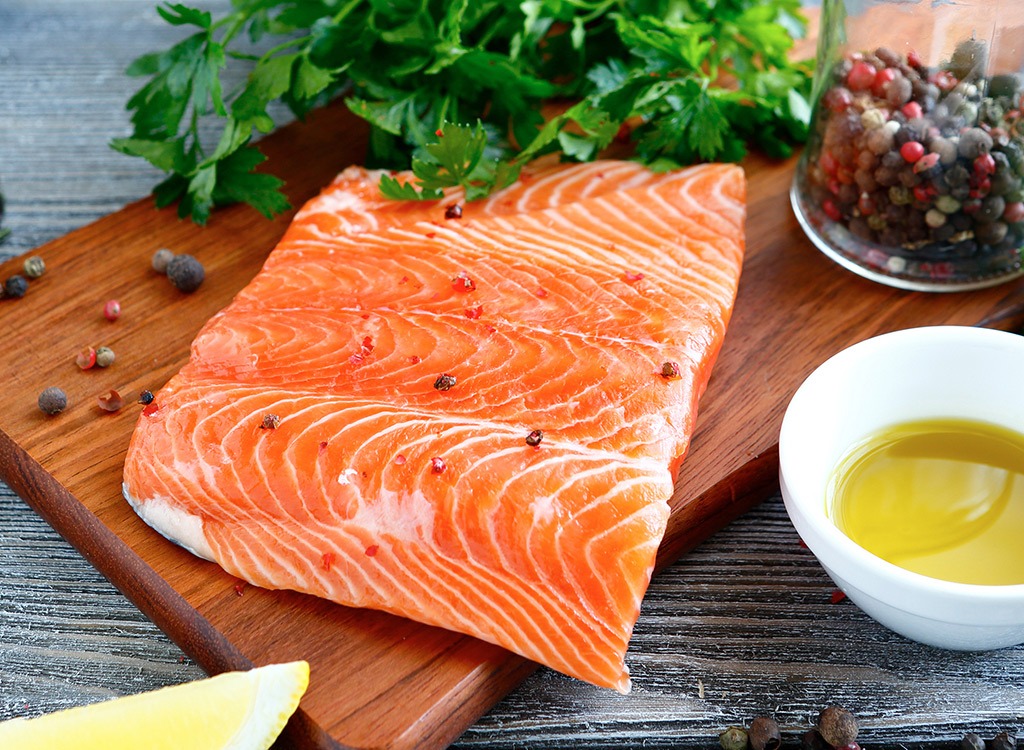